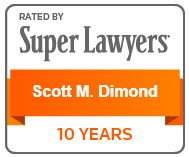 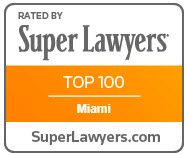 Scott M. Dimond represents companies and individuals in complex commercial and securities matters. Often described as a “lawyer’s lawyer,” Scott is frequently retained by general counsel and executives in sophisticated business disputes, and he advises national clients about the nuances of litigating in state and federal court in Florida as both lead and local counsel. A consistent record of successful results has earned Scott a national reputation as a highly skilled, intelligent, strategic, and aggressive advocate for clients across a range of industries, including real estate, finance, telecommunications, hospitality, law, construction, and healthcare.

Scott has particularly deep expertise in the securities sector, having represented both the industry and, now, investors and financial advisors. He regularly represents claimants in securities arbitration actions before the Financial Industry Regulatory Authority (FINRA) and represents financial advisors in matters against banks and broker dealers. He also has extensive federal receivership experience, having been appointed by numerous federal courts as a Receiver for both the Securities Exchange Commission (SEC) and the Federal Trade Commission (FTC).

Prior to founding DKR in 2003, Scott worked as an attorney Morgan, Lewis & Bockius, LLP in Miami, Florida handling securities, class-action, and commercial matters. Later Scott was a partner at Hanzman & Criden, P.A., a well-respected litigation boutique, where he continued his commercial litigation work and began representing plaintiffs in securities and class-action matters.

A life-long Miamian whose family has deep roots in South Florida’s legal and business communities, Scott dedicates a substantial portion of his time advocating for his community and his profession.