A securities class action lawsuit allows a single or small group of investors to pursue claims against a wrongdoer on behalf of all similarly harmed investors. Likewise, a consumer class action combines claims of a large number of consumers into one legal action against a commercial entity.

Dimond Kaplan & Rothstein, P.A., is an AV-rated* litigation boutique law firm in Miami, recognized as a “Top Law Firm” by the South Florida Legal Guide in 2006, 2007, 2008 and 2009. We represent U.S. and foreign investors in class action litigation involving securities fraud as well as consumer and commercial matters. Contact us at 888-578-6255 to schedule a consultation regarding a potential class action claim. You might initiate the class action or you might join in on a class action already initiated by others.

A class action provides an efficient way to resolve a large-scale dispute. Rather than burden the court system with hundreds and sometimes thousands of individual lawsuits, a class action serves to consolidate all victims into one case. This avoids the massive waste of resources that would result if plaintiffs filed thousands of individual lawsuits involving identical issues. 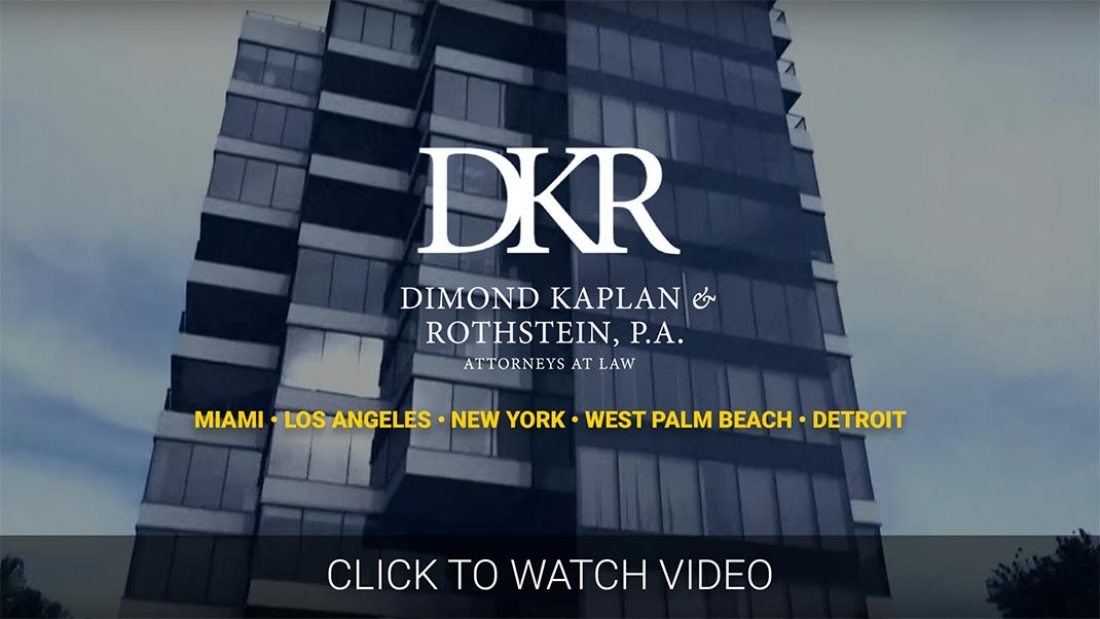 Should You Initiate or Join a Class Action Seeking to Recover Investment Losses or to Right Wrongs Committed Against Consumers?

Dimond Kaplan & Rothstein, P.A., is a valuable resource for investors or consumers considering initiating or joining class actions against brokerage firms or other commercial entities.

Discuss the facts and circumstances behind your investment losses or consumer fraud with an experienced attorney at our West Palm Beach or Miami offices. We serve many clients from throughout Florida (including Ft. Lauderdale and other population centers), and from throughout the U.S. and the world.